With my research from part 2 still fresh in my head, I began to draw inspiration from some of the photographers I had recently been looking at. I had been viewing the work by Mona Kuhn and I particularly liked her use of reflections in some of her portraits in the book “Evidence”.

In this exampled photograph, it gives the viewer a perspective to both sides, you can see the body of the woman looking out of the window but you can also catch a glimpse as to what she is looking at, this adds more dimensions to the photograph. The use of light and shadows in this photograph obscure the view of the woman slightly and also paint a picture of shadows onto her naked body which I feel is almost like dressing her in the sense that she is not totally exposed.

Following on from Mona Kuhn, I wanted to further my research into other photographers who had used reflection in their work.

This self portrait by Joseph Koudelka drew my attention as he was not present in the shot himself only his reflective image. I felt it was an interesting approach to self potraiture as I feel it sends the message that the photographer is sharing a view of themselves as they see themselves, which allows the viewer a peek into their mind. Unless we are looking at photographs of ourselves, the only time we would capture a view of our own image is in a reflection.  This is something that has been and still is widely used by photographers when they want to capture a self portrait. Man Ray was also another photographer who used reflections in his self portraits, such as this example: May Ray Self Portrait Distortion

Although not quite as straight forward or so easily construed as the Koudelka example, I feel his distorted self portrait here gives a good insight into his work and personality since a lot of his work was considered surrealist and this self portrait depicts surrealism and an almost dream like view very well.

Man Ray has also used reflective surfaces in his portraits of other people which added an element of distortion and depth to the photograph, such as in this example: Adrian Steirn made use of the reflection in a mirror when capturing a portrait of Nelson Mandela for his 21 Icons series, the depth of field is shallow and the focal point centred on the reflected image in the mirror: Vivian Maier is a very good example of a photographer who used various reflective surfaces to capture self portraits, her work gives an insight into the world around her, she tells a story in the reflection and in these instances, it makes you linger on the image as your eyes are drawn around the scene:

Vivian Maier’s work with reflection gives a sense of varying dimensions to the photograph.

Lisette Model added depth to her street photography with reflections such as in this image. Similar to the first example of Vivian Maier, the photograph tells a story and offers varying dimensions for the viewer to see, it draws you into the scene: 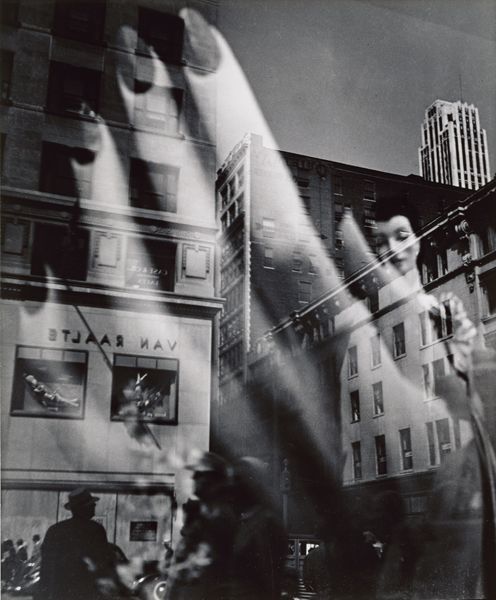 Lee Friedlander made great use of reflections in his work photographing the American social landscape.

Reflections can be used in many ways in photography, they can be used to bring about symmetry in landscapes such as the reflection of mountains in a lake (you should use a higher aperture for this). They can transform a simple image into something more abstract. There are also occasions when reflections are an unwanted effect and in this case, you can make use of polarising filters attached to your lens which will lessen reflection and remove unwanted glare from a photograph, such as when you want to take a picture of something through a window for instance.

Whilst I do not want to imitate any of these photographers in their entirety, it has helped a great deal with my inspiration in assignment 2. I also noted that I found both reflective images in colour and black and white appealing, I enjoyed them for different reasons and they gave me a different feeling upon viewing the images. Mona Kuhn’s use of soft light gives a sleepy, relaxing feeling to her work. Almost like when you have just awoken from a night’s sleep. When viewing the black and white photography, I feel more drawn to the shadows, lines and texture in the image, it feels harder and colder to me but not in a bad way. I simply feel more aware of everything in the picture.

I was also interested to note that there wasn’t a set rule on the aperture to reflective photography. I believe it all depends on what you are trying to portray, are you adding depth to the photo but offering another viewpoint? Or do you want the viewer to be drawn to the reflection itself? Are you distorting the view using a reflection? therefore making it more abstract perhaps. Reflective photography combined with the depth of field can offer up many possibilities depending on what the photographer is trying to portray in their image making it an interesting factor when concentrating on depth of field in your work.